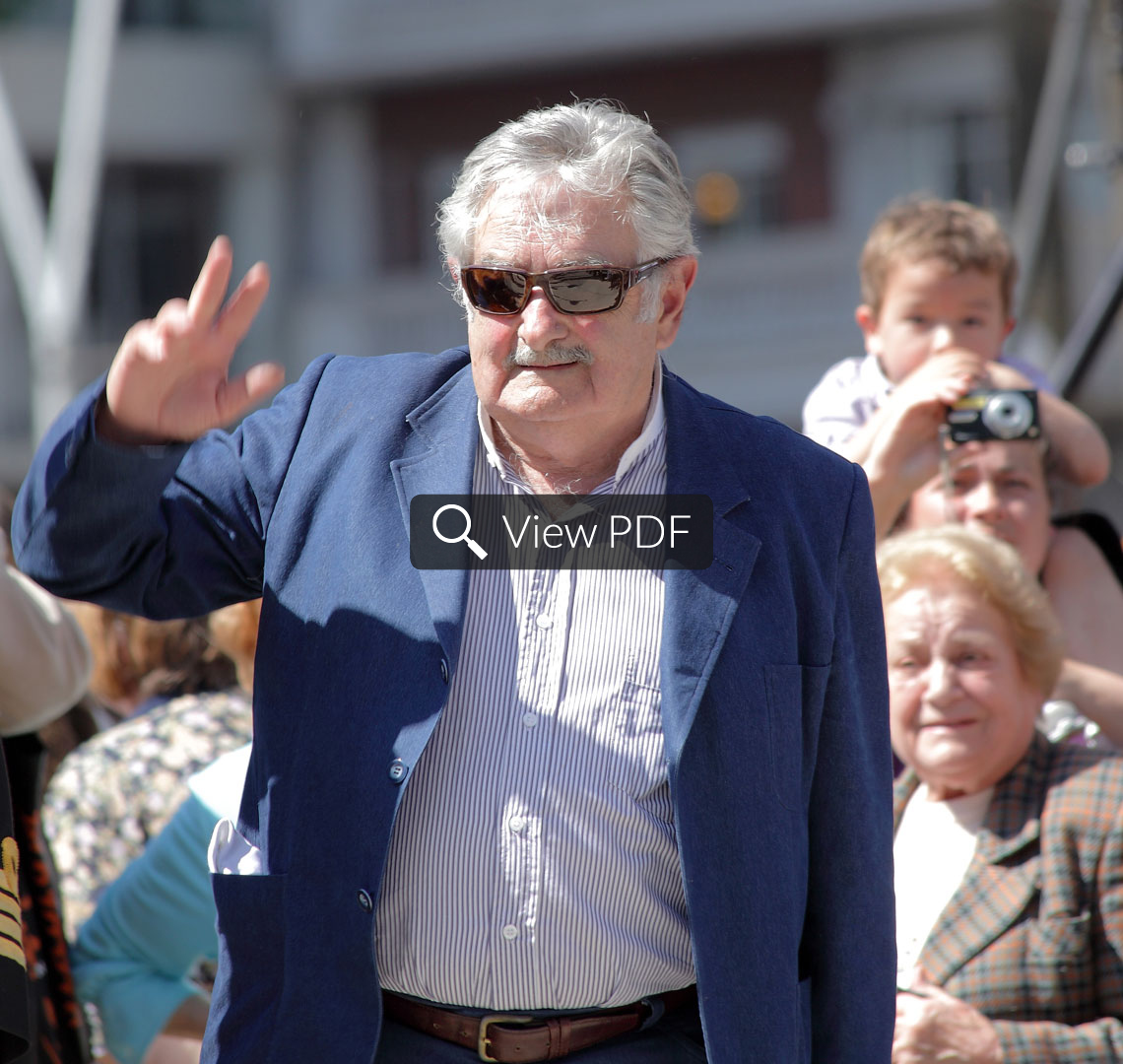 Uruguay is one of the most progressive countries in Latin America and President Mujica’s policies have bolstered Uruguay’s already pioneering role in social issues.

President Mújica has been called “the world’s poorest president” for his humble life style and his small country has made international headlines over recent years.

Uruguay’s pioneering decision to regulate marijuana and other reforms such as same-sex marriage and abortion rights led The Economist magazine to vote it “2013 Country of the Year”. It was also named the ‘second most democratic country in South America’ and the continent’s ‘least corrupt’ country.

This editorial report was published in USA Today in August 2014.